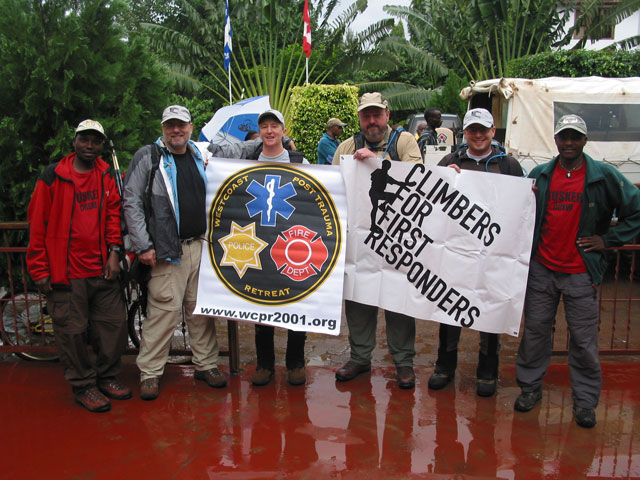 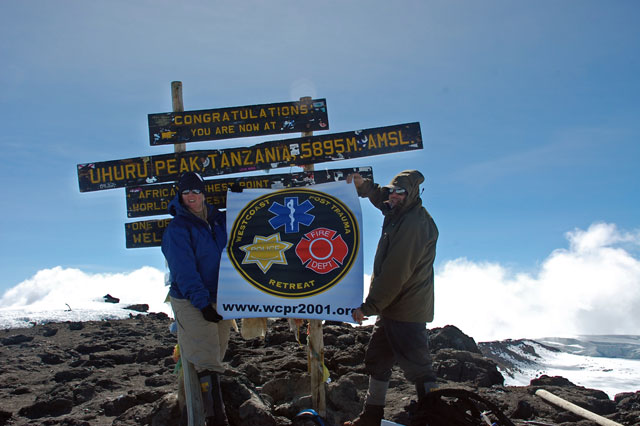 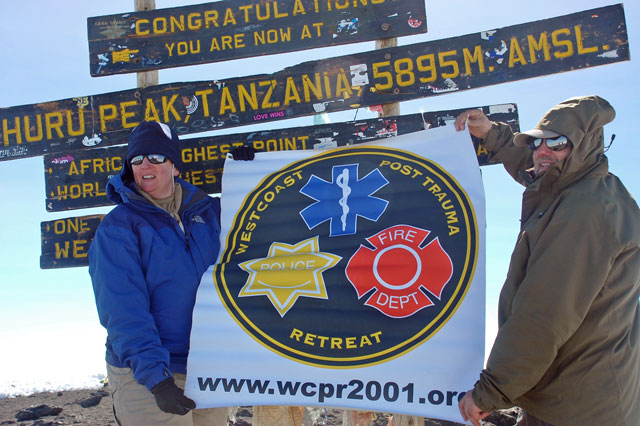 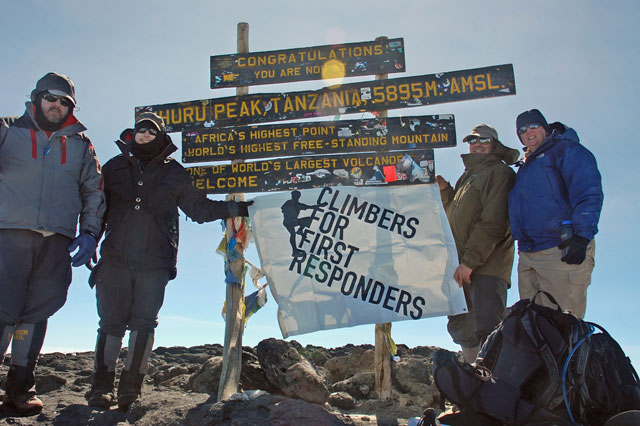 ​A San Francisco, CA Local 798 fire fighter is about to climb her first mountain – Mount Kilimanjaro on the northeastern border of Tanzania. Janice Hoaglin, her family and friends are organizing the climb to raise awareness for Post Traumatic Stress Disorder (PTSD) among first responders and fundraise for the West Coast Post Trauma Retreat (WCPR).

“PTSD all too often goes undiagnosed and untreated among first responders,” says Hoaglin. “That can lead to a breakdown in relationships with family and friends, substance abuse and suicide. After my own experience with the disorder, I wanted to do something big to help others.”

In June 2005, Hoaglin responded to an incident where a young boy had been mauled by a dog. After that experience, she knew she wasn’t coping with it properly. So, she sought help and found WCPR.

“I have made it a mission of mine since to help raise funds so WCPR can continue to offer help to people who can’t pay or whose department will not pay, so they may come for treatment,” she states.

WCPR helps first responders who are traumatized by critical incidents and who may suffer from PTSD. The five-day program educates participants on how to recognize symptoms of PTSD and how to treat and cope with the disorder.
Hoaglin’s group has commissioned Tusker Trail – a company specializing in high altitude climbs and Mount Kilimanjaro – to escort them. The group will begin the13-day climb to the mountain’s summit – at 19,341 feet –on June 14. Depending on elevation, they will climb between two and eight hours per day.

“Since this will be my first climb like this, I am training harder in the gym and I will be doing some hiking around my area as often as I can before the event,” says Hoaglin. Click here to make a donation to Hoaglin’s climb. Click here to learn more about WCPR.

http://www.iaff.org/Comm/SpotLight/08stories/021908HoaglinKilimanjaro.htm
Hello Everyone!!
Well, I am back in the US. I wanted to thank everyone for there support and prayers. They were greatly appreciated.
We all made it to the summit but it was very difficult. In fact we summated a day early because the altitude was getting to us, if we would have waited another day then we probably would not have made it. Two of us had to have oxygen on the way to the summit and one person had it after we got up there.

This was the most difficult adventure I have ever done in my life!! I knew it would be hard but didn’t realize how much. The altitude effected me very early and I was sick most of the time - I will spare you the details because I don’t want to make Mike throw-up. We started in the rain forest and went up from there.

We walked 6 days before we were at the base of the mountain. We walked anywhere from 6 to 8 hours a day - a couple of days we only hiked 4 hours. Even thou this was very difficult I am very glad I did it and am very happy.

Right now I am resting in Michigan with my family, I will be here until July 12th. I still have 2 toes that are numb from the 2 ½ days of hiking down from the summit and I am still tired. I think we will be putting more pictures on the website, if not then I have more if anyone wants to see them. At some point I will have a video done to show anyone interested.

Again, thanks for all of the support. Take care and will see some of you at the next retreat.